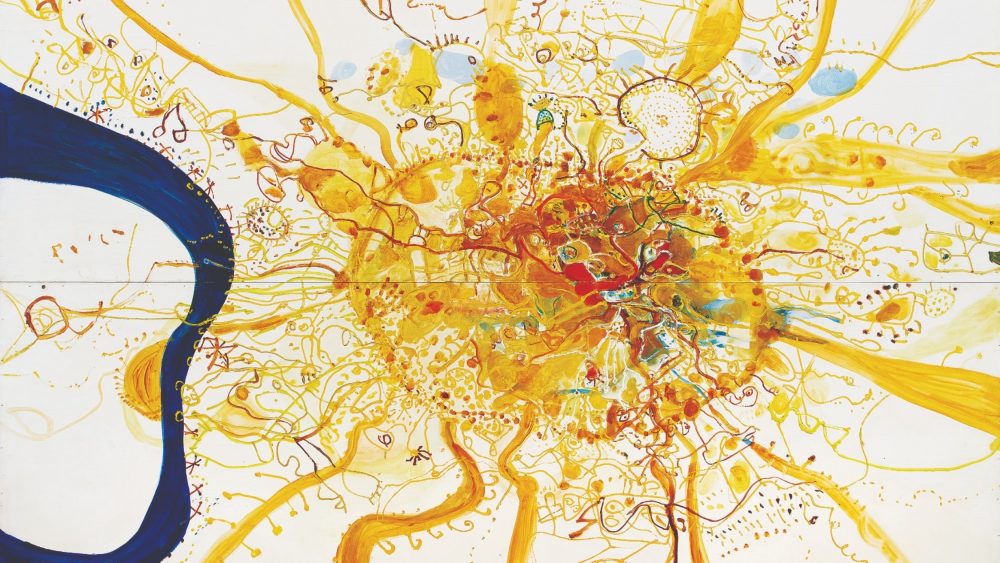 The National Art School is proud to present John Olsen: Goya’s Dog. A powerful exploration by an extraordinary Australian artist. From his creative awakening in Spain, through the darkness that threatened to overwhelm him at times. And his ability to reach the light, to pursue a long and acclaimed career.

John Olsen is one of the National Art School’s most renowned graduates. A NAS Fellow, AO and OBE. Goya’s Dog features over 50 major works, sketchbooks and drawings, many of which have not been seen in public for generations.

The exhibition begins in Spain in the mid-1950s. When the young artist is fascinated and inspired by Spanish culture: art, poetry and music. He was led to explore a darker and more vulnerable side of his personality and his experience. Another stay in Spain in the mid-1960s transformed his palette, which became more dynamic and daring.

“It was a remarkable experience as Spain was completely isolated from 20th century fashion. It was still the essential heart of Europe. And then, as I started to study, I realized that although Spain is a bright and sunny country. That his main painting was based on the basis of tone: Velazquez, Goya, Murrillo. Somehow these earthy tones echoed in the soul of Spain.

“It was very deep… rather than thinking outward, it made you think inward. Also in Australia today, they love the sunny side of the world, while the Spanish love the dark side of the world. I found this very intriguing. John Olsen, February 2021.

The exhibition also features Olsen’s work from the 1970s, 1980s and 1990s. A period when his vital voice as an urban Australian ‘larrikin’ emerged. Olsen’s landscape has become like a theater or a stage, where the human drama takes place. It is lively, teeming with metaphysical life; in parallel and embracing real life.

Known for the irrepressible vitality of his work and his dynamic personality. Olsen is a visual poet with a deep love of poetry underlying his work. Yet he also faced the darkness in his life, reflected in works such as Donde voy? Self-portrait in moments of doubt (1989). This powerfully introspective painting is part of a venerable history of Western art, which looks mortality in the face.

“I’m 93 years old and I’m more fascinated by the dark side. Not in a sad sense, but in a research sense.” John Olsen. 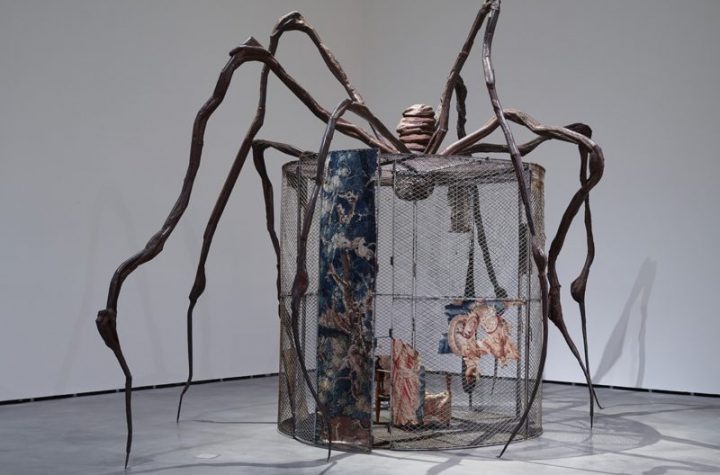 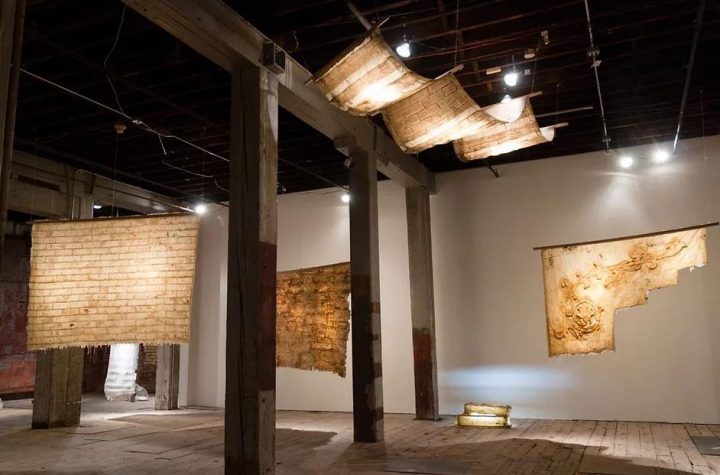 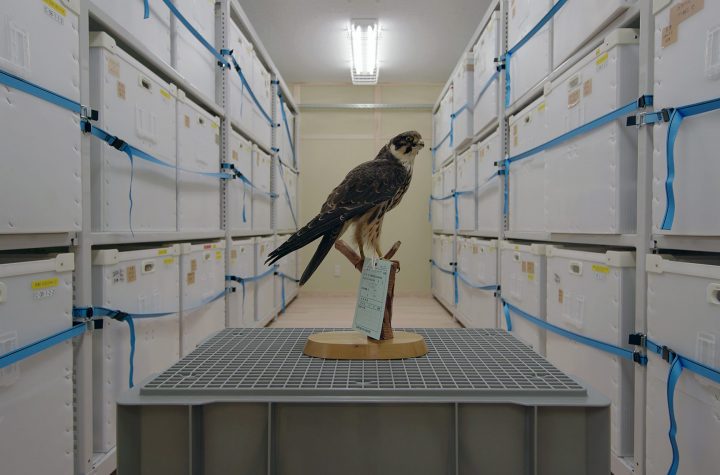