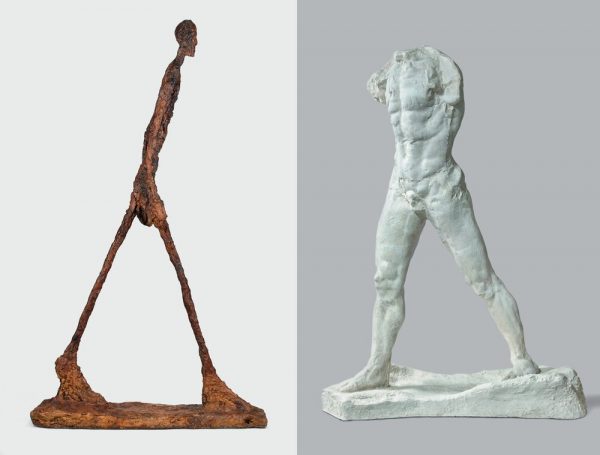 Auguste Rodin (Paris, 1840 – Meudon, 1917) and Alberto Giacometti (Borgonovo, Switzerland, 1901 – Coire, Switzerland, 1966) have never met. In fact, when Giacometti arrived in Paris in 1922, Rodin had already been dead for five years. However, through their artistic careers. We can witness an interesting dialogue between the two. With many aspects in common. As well as some differences. What is inevitable for two of these free artists separated by more than a generation.

The question of the base.

Beyond certain purely formal aspects shared by the two artists. Such as the use of matter and the accentuation of modeling. The question of the base and the interest in fragmentation and deformation. The dialogue between them goes far beyond. Rodin is one of the first sculptors considered modern for his ability to reflect. First through the expressiveness of the face and the gesture. Then, over time, focusing on the basics. Universal concepts such as anxiety. Pain. Restlessness. Fear or anger. It is also one of the fundamental characteristics of Giacometti’s work. His post-war works, these elongated and fragile figures. Immobile, which Jean Genet called “the guardians of the dead” express. Devoid of the superfluous, all the complexity of human existence. 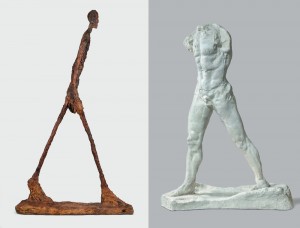