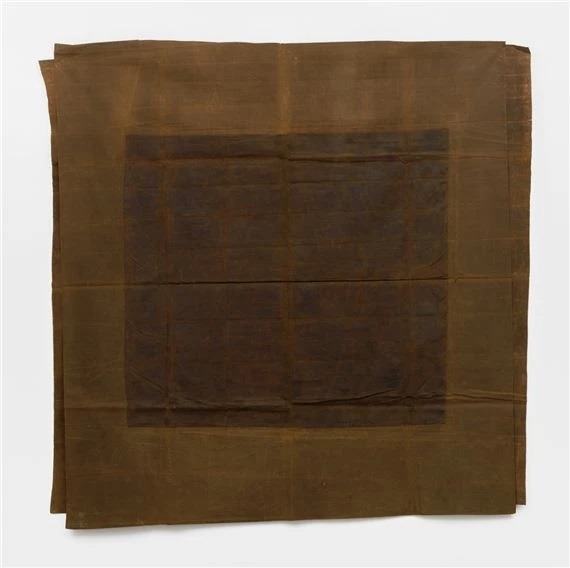 André Valensi (1947-1999) confuses peers, critics and collectors. It was common at the height of the Supports / Surfaces moment to evoke the angelic face. Then the man’s wicked mood with the descriptive “angel or devil” dichotomy. The work continues to embody another more relevant duality. His Mandala drawings, his 1976 tondo series called Circles Center Vide. His interest in psychedelic drugs suggests an epithet that opens the door to perception. As an artist, André Valensi is a Transformer, a creator, a destroyer, a revealer. A corrector of all that is.

Valensi’s square paintings are always assembled from two pieces of canvas. On which he applies a stain, and not paint, with an upholsterer’s brush. His process consists of cutting a square piece in the middle of one of the canvases and sewing it by hand in the middle of the other. Then sewing in the same way the eviscerated canvas in the form of a frame to the one that remained whole. He explains the process: “the aspect of the painting that traditionally constituted ‘the background’ is now found on the surface. It only remains for me to measure the omnipresence of color and its effects. Since my starting point is an idealistic problematic. The double layer of the canvas must be the appropriate experimental material for such work. Ambiguity and paradox are at the heart of this question. The seams hide the traces of cuts. Allowing to cover up again what has been revealed. So that a painting is created from the canvas that has been destroyed. 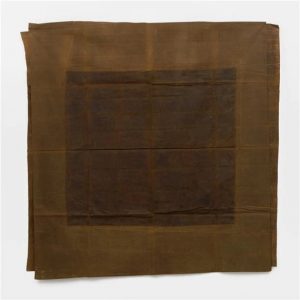