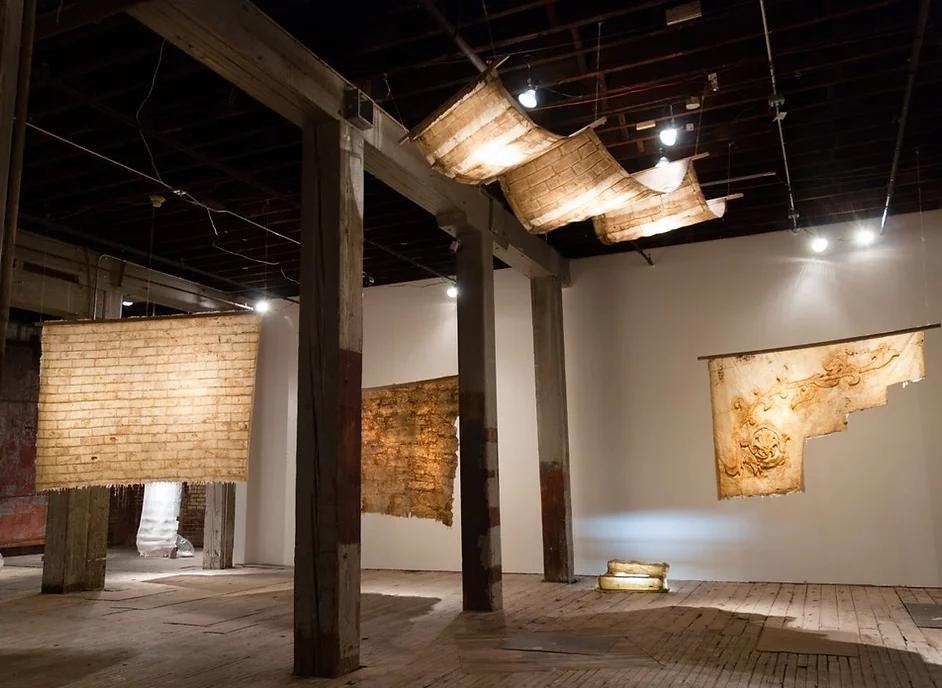 India’s independence in 1947 is forever linked with its ghostly twin, the Partition. Pritika Chowdhry’s exhibition “Unbearable Memories, Unspeakable Histories” investigates the Partition of India in 1947, which created Pakistan, and eventually, Bangladesh in 1971. Chowdhry’s experiential art installations are temporary anti-memorials to the Partition.

The Partition triggered the largest and most rapid migration in human history. Over 20 million people were displaced in an unprecedented mass migration in history. Approximately 2 million people died in the communal violence across the new border, called the Radcliffe Line. What is lesser known is that over 300,000 women are estimated to have been raped and sexually violated during the Partition riots.

The Partition is often called the Holocaust of South Asia, and it is central to modern identity and geopolitics in the Indian subcontinent. Pakistani historian Ayesha Jalal has called Partition “the central historical event in twentieth century South Asia.” In her words, “A defining moment that is neither beginning nor end, partition continues to influence how the peoples and states of postcolonial South Asia envisage their past, present and future.”

“Moving to the US in 1999, I was struck by the widespread lack of awareness of Partition’s impact for people that lack a personal connection to the event. I realized the urgent need of addressing Partition within my work. With the guidance of my grandparents’ firsthand experiences of the Partition in 1947 and 1971. I began creating artworks in 2007 to bear witness to the trauma of the Partition and its enduring effects through the lens of diasporic post-memory,” the artist comments.

When a memory is unbearable, how does one memorialize it? And when a history is unspeakable, how does one talk about it? The exhibition’s title, “Unbearable Memories, Unspeakable Histories” alludes to the painful and silenced narratives that have been elided from mainstream discourses of the Partition.